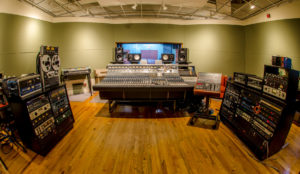 The Winter Project is headed back to the studio in March for their 4th album. The band says the new material has great promise to be one of their best efforts to date. New additions, Tim McDonald and Ken Cerreto, on Vocals and Lead Guitar respectively, are excited about their first full sessions in the studio with the band. They’ll be joining drummer John Ehrlinger and founding members, Chris Meusel (guitar) and Ron Belanger (bass) for an 8-10 song full length album. With working song titles like “Long Gone”, “Better Off Than This”, “All in”, “Industry”, and “Feel You Breathe”, you can expect more dramatic themes played out amidst the blazing guitars and yearning vocals like the material found in the Suburban Discontent trilogy. 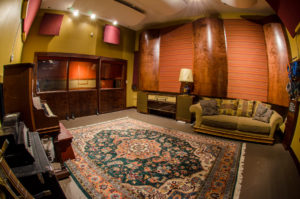 This will be The Winter Project’s first session of tracking and mixing at Q Division Recording Studios in Somerville with Matt Alexander.  The space has been home to Boston-area bands and musicians for over 30 years.  Some notable clients include the Dropkick Murphys, Amanda Palmer, Buffalo Tom, Liz Phair, Skrillex, and Julianna Hatfield.